“The spirit of man is the candle of the Lord, searching all his innermost parts of his being. ” Proverbs 20:27.

“The word ‘spirit’ here is from the literal Hebrew word `breath’; and it refers to that ‘breath of life’ which God breathed into mankind in the person of Adam (Genesis 2:7)…   It is the equivalent of conscience, God’s lamp, that searches out the innermost recesses of a man’s heart.   This is a very important verse.  It stands alone in the Old Testament in its affirmation that the Divine element in human life is the conscience.”  (Coffman’s Commentaries on the Bible).

Jesus referred to this scripture when speaking to His disciples not long after He chose them.  The reference in Matthew 5:14-16 is encapsulated in a statement of the special nature of the disciples, whom He likens to the salt of the earth and the light of the world.  It also occurs in Mark 4:21, again as part of His explanation to the disciples of the parables He had taught to the multitude. 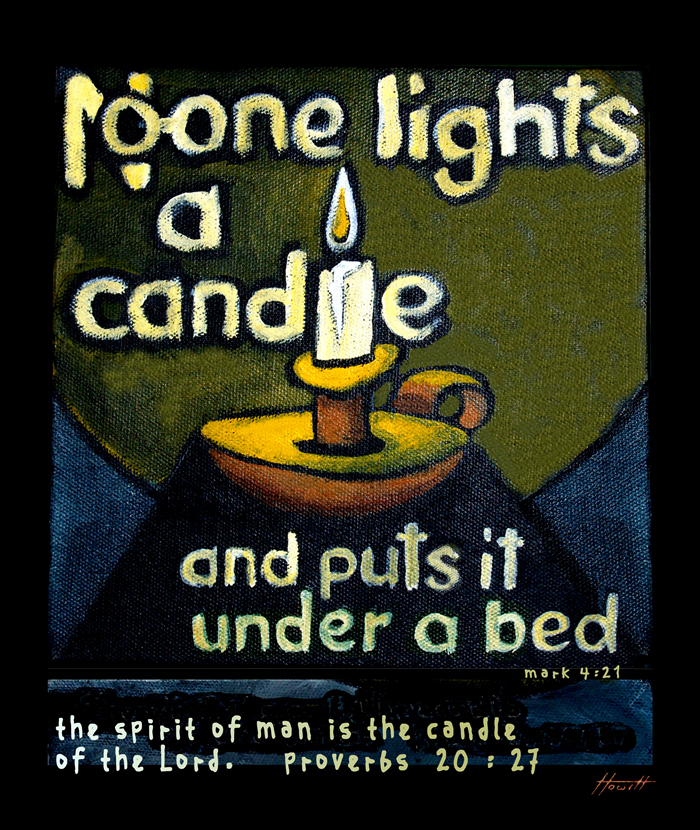 In both of these renditions of the event, Jesus uses the simile from Proverbs to show the importance not only of walking in the spirit, but of doing so openly.  For, as He says in Matthew 5:16:  “Let your light shine before men in such a way that they may see your good works, and glorify your Father, who is in heaven.”

And in Mark 4:22 He concludes: “For nothing is hidden, except to be revealed;  nor has anything been secret, but that it would come to light.”

How many people light candles and then hide them away?

This work is part of an ongoing series in a style inspired by the art of New Zealand painter, Colin McCahon – now recognized as one of NZ’s foremost artists of all time.  McCahon painted over a period of 45 years, his work being mainly Christian subjects and powerful landscapes.  One of the identifying elements of his style was the use of text (scripture), mostly as a primary element of the works, especially so towards the end of his life.

Obviously, with the paintings in this series, fitting at least part of the text  and an image into a 8″x8″ or 12″x12″ space requires some thought and brevity of expression, while remaining true to the essence of what Jesus said.  These works are the result of a directive from The Father: “Paint My Son’s Words.”

From the same series, see also “Out of The Heart“, and “Wonderful Counselor“.

Artwork and Products available in my Damascus Road Gallery. Or click on the images.

One thought on “The Spirit of Man”

This site uses Akismet to reduce spam. Learn how your comment data is processed. 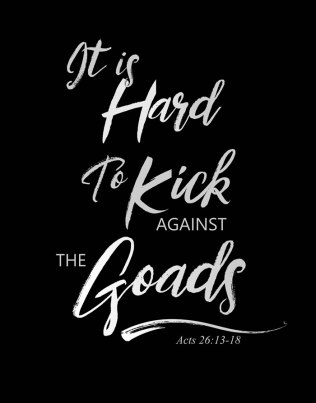 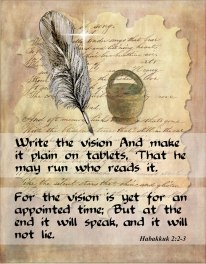 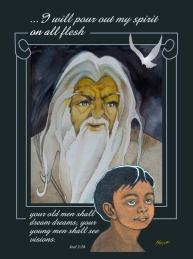 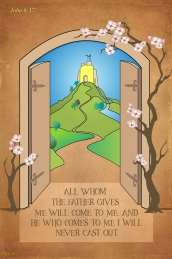 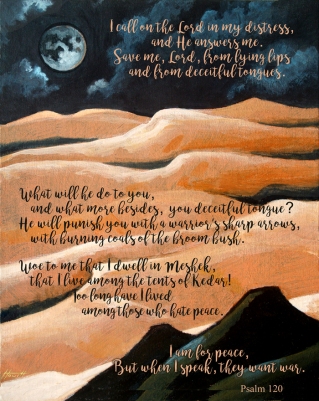 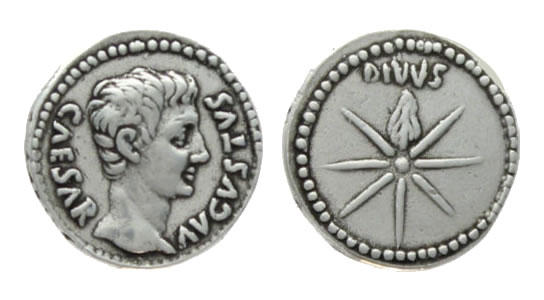 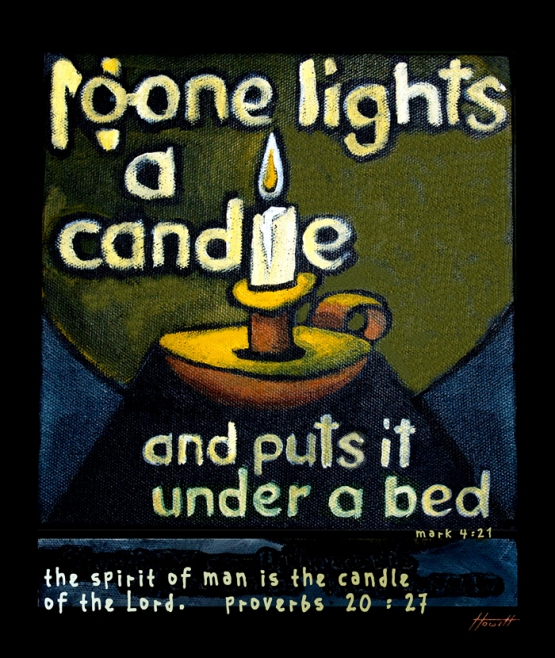 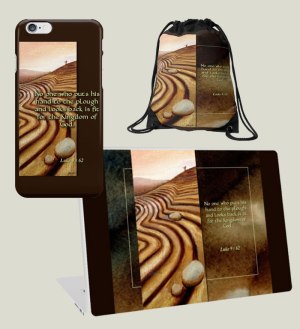 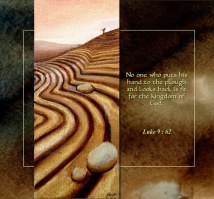 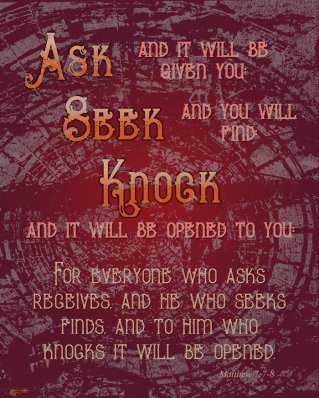 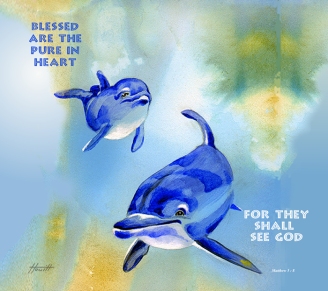 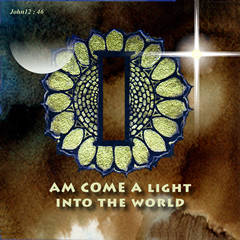 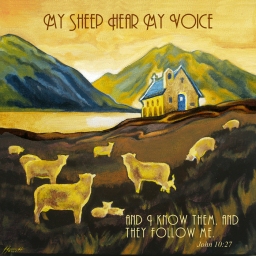 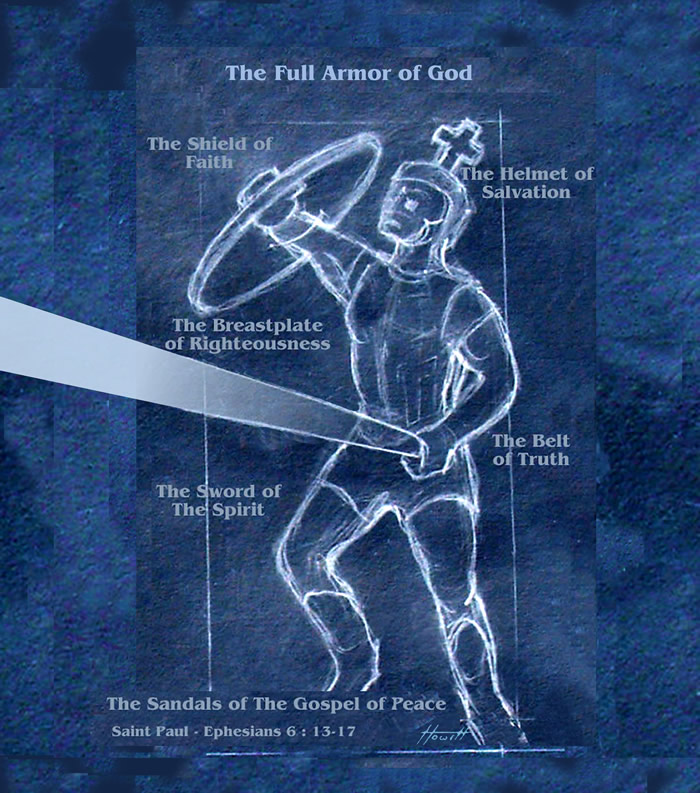